Revision #1
Created 2 years ago by zacharyjohn

Who are the key thinkers and philosophes of how society can and should work? In this section we dive into some of the more influential thinkers of the enlightenment and consider how some of their ideas provide a foundation for the United States government.

Thomas Hobbes proposed that a society without rules and laws to govern our actions would be a dreadful place to live. Hobbes described a society without rules as living in a “state of nature.” In such a state, people would act on their own accord, without any responsibility to their community. Life in a state of nature would be Darwinian, where the strongest survive and the weak perish. A society, in Hobbes’ state of nature, would be without the comforts and necessities that we take for granted in modern western society. The society would have:

The social contract is unwritten and is inherited at birth. It dictates that we will not break laws or certain moral codes and, in exchange, we reap the benefits of our society, namely security, survival, education and other necessities needed to live. 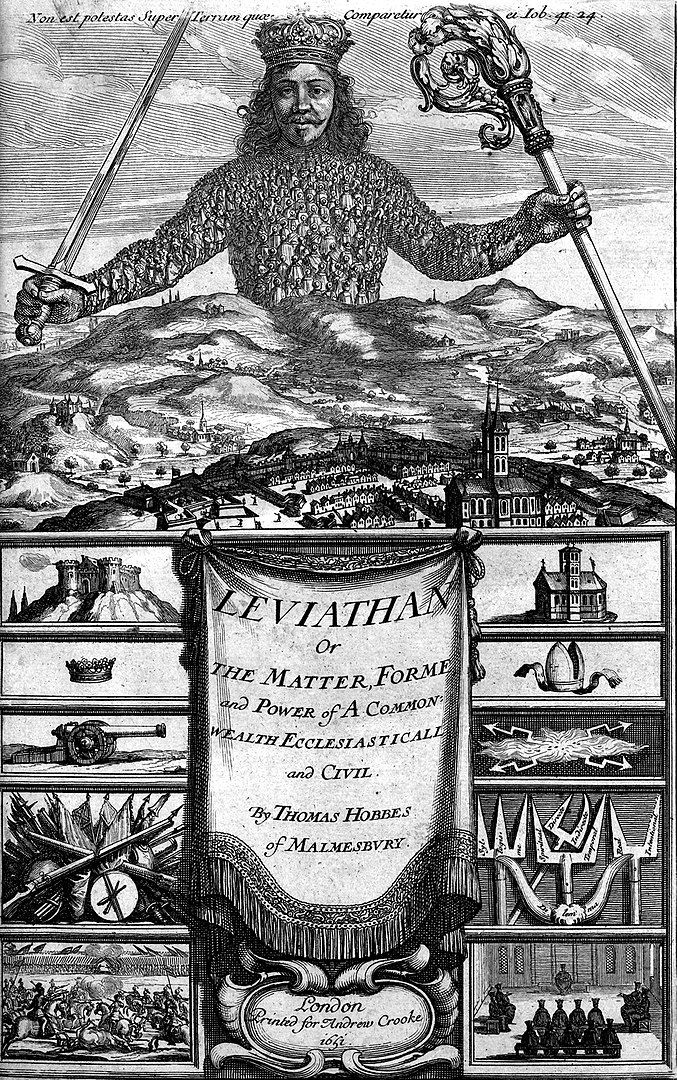 In contrast, John Locke viewed men as born into a "perfect state of nature" with certain natural rights and freedoms, including life, liberty, and the pursuit of happiness. In Locke's view of the world, men are born good and should be trusted to govern themselves through the creation of laws that protect them from the unjust actions of the government.

Jean Jacques Rousseau went even further in his views, stating, “Man is born free, yet he is in chains everywhere.” He believed that men are shackled with the burdens of oppressive governments, and that it is the duty of men to take control of the government and establish a government responsive to the “general will.” Rousseau’s views are considered closest to the original idea of a direct democracy, as originally practiced in Greece.

Why Such Different Views?

Why did these men propose such different views of the role of government and its relationship with the people? To understand the answer to this question, we must understand the times in which these men lived.

Thomas Hobbes lived during a period of time when Britain was torn apart by civil war. He believed the king ruled by Divine Right, meaning that the monarch was perceived to be selected by God to rule over the people, and that such a ruler had an absolute and God-given right to be obeyed without question. Others did not share that view and the king was actually beheaded for failing to listen to the will of his people. This tumultuous period of time was known as the English Civil War, and it led to a period of violence and conflict, which would only end with the eventual overthrow of a dictator (Oliver Cromwell) and the return of the monarchy under the rule of William and Mary. To regain their throne, William and Mary had to agree to a limited monarchy in which their power was limited by Parliament and by the people themselves. They were only allowed to return to the throne when they signed the English Bill of Rights.

Locke and Rousseau lived in a period known as the Enlightenment, a time when men began to question the authority of the church and their political rulers. Under men such as Locke and Rousseau, a period of economic and political prosperity began to flourish as advancements were made in science, technology, industry, and global trade. It was truly a time of prosperity and the rise of property ownership by the common man. It is no wonder that Locke was so concerned about the protection of individual rights and property. Prior to the Enlightenment, it would be very unpopular, not to mention unwise, to question the authority of an absolute political ruler such as the king. However, the Enlightenment was a period of open questioning and the application of reason rather than tradition and superstition.

Unlike Locke, Rousseau did not focus singly on the protection of property rights, but upon political liberties. His beliefs were far more radical than Locke’s and, like Locke, are the foundation of much of the Declaration of Independence as well as the United States Bill of Rights.

The three social contracts of Hobbes, Locke, and Rousseau have a common understanding that: (1) A social contract exists between government and the people. (2) Social contracts are based on collective action, which means that people work together in order to solve problems and make decisions that affect them as a group. (3) Governments have a specific purpose which is designed to meet the needs, wants, and objectives of the collective group (“the people”). When government provides essential goods and services that would be otherwise economically unavailable or unobtainable to the general public, they are providing public goods. A public good can best be described as a good or service that, once provided, is available to everyone and cannot be excluded from any one group (regardless of how much they have contributed to the cost of providing it). Practical examples of public goods are national defense and public roads.